The Songman: A Journey in Irish Music


He tells of his family's traditional way of life, recalling his mother tying summer sheaves while his father worked the scythe. Here are the heady days of the civil-rights movement 'John Hume stood up and called for order; then Eamon McCann stood up and called for disorder' , when The Sands Family played for refugees in Belfast; The Bothy Band brawling in Brittany; encounters with Alan Stivell, Mary O'Hara and Pete Seeger; 'the boyish devilment and humour' of Ian Paisley on his radio show County Ceilf; and a 'defining moment' during the Good Friday Agreement talks, when he organized a moving impromptu performance with children and Lambeg drummers.


Full of 'love, longing, home and belonging' The Songman is replete with warmth and wit. Between Sleeping and Waking. The Connolly Clan Burren The Songman i. Somewhere in his Co Down home, Tommy Sands has sheaves of notes, jotted down in pubs and parks, on scraps of paper, in hotel rooms between gigs, on hotel stationery, and on aircraft, where he used to split open the sick bags to use as writing paper.

The notes were never for publication. They were "writing around a song", he says - setting down the recollections and descriptions and details that would eventually be distilled into verses. But he kept them, along with the yards of tape with snatches of words and melody recorded as they came to him, "and a lot of the time I'll dream a tune and wake up in the middle of the night, and this sleepy, humming voice is on the tape recorder". It was an unlikely encounter with an RUC constable, on his way to sing at the conclusion of peace talks in , that prompted Sands to convert the notes and tapes gathered over 30 years into a memoir.

He tells that story in the first chapter, and from the opening line - "Are you the son of the man that pulled my granny out of the coffin? The Songman is a rollicking narrative, never breathless but often suspenseful; rich with wit, anecdote and incident, thoughtful and hopeful.

Rightly identified as "the songman" by the same constable, Sands started composing when he was 11 or 12 years old; songs about the people and events in the townland of Ryan, in Co Down. His songs are about that world, "the kind of songs where you mention everybody in the room".

His book tells several stories in one.

It is his own odyssey, a journey across the world from eastern Europe to a gangland prison community of teenagers in Nevada, sharing and exchanging in the international language of music. It's a story of links, one meeting leading to another in an extraordinary chain forged by his commitment to encourage and celebrate diversity and a sense of community wherever he finds himself.

It's also Northern Ireland's other story, the one that has seldom made headlines. 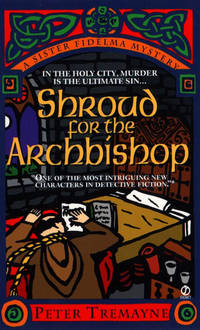 The small farmers of Ryan in the s and s were neighbours and friends. The men had a pint together in the pub; the women helped each other with chores. On July 12th the Catholics milked the cows for the Protestants, so they could make a day of their annual outing, and on August 15th the Protestants returned the favour.

They all worked together when they had to. It's a little bit like the [Northern Ireland] Assembly: you have to power-share to get the thresher going. Both his parents came from musical families; his father played the fiddle, his mother the accordion.

There were mock-serious arguments about the Bible versus science, and sometimes some genial slagging matches about religion.

By some silent accord, injuries of the past were put behind them and never discussed. The children were not sure what the difference was about, so it made no difference to them. In the chapter "Religious Persuasion", Sands remembers the single Protestant child in Mayo Bridge school, a boy called Harry McGarry, who was allowed to kick a football around the schoolyard while everyone else had catechism lessons. Harry believed in God and believed that God made the world, but Sands noted that he never touched the ball with his hands.

When he explained that they weren't allowed to, Sands asked whether it was a sin. Harry said he supposed it was. The conversations were more serious as they grew older. He learned to march, to master secret codes, to give and take orders in Irish.

They may have been decent people, but they were supporting and upholding the British occupation of our country. Ten years later, with his musical career burgeoning, he came very near resuming it on a serious level. It turned out he knew the recruiting officer, a gentle man named Joe, who told him he'd joined so his children wouldn't have to go through it all and that his own father had done the same a generation earlier.

I was hoping people like you might, though," Joe told him. Then he bought him a whiskey and told him to sit down and write another song. Sands did. That song, All the Little Children, is in the book, as are dozens of others, including There Were Roses, a song of that became an anthem for peace, written by Sands when two friends from Ryan were murdered, first a Protestant and then, in retaliation, a Catholic.

Sands has been in pursuit of another way ever since. That has involved an abundance of surprising encounters: with Ian Paisley, telling jokes as part of a Christmas programme on Downtown Radio, in Belfast; with Andy Tyrie, who asked him to visit because he liked The Winds Are Singing Freedom, Sands's song about the betrayal of the North's working-class Protestants by Britain; with Liam McCloskey, who ended his hunger strike the day after Sands played a request for him, and who sought him out years later in Stuttgart, where he told him the story behind the end of the strikes.